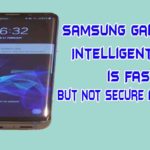 Samsung launched Galaxy S9 and S9+ phones in 2018 on 25th February in Mobile World Congress. Samsung launched these phones on 6 March in India. Samsung introduced it with a new feature called Samsung Galaxy S9 intelligent scan feature. According to mobile experts, this new scan feature is faster than other mobile's scan feature but not so secure. Also Read How to … END_OF_DOCUMENT_TOKEN_TO_BE_REPLACED

Roboniqe.com is a participant in the Amazon Services LLC Associates Program, an affiliate advertising program designed to provide a means for sites to earn advertising fees by advertising and linking to Amazon. This site also participates in other affiliate programs and is compensated for referring traffic and business to these companies.